Okay, so if you didn’t know already, I have a weird obsession with the Holocaust. (::wince:: I feel like that statement alone is going to leave me follower-less). Maybe a better way to put it is: I’m fascinated by the personal stories and history of the whole thing, it intrigues me, and I want to know the 5W’s.
I know you’re like okay, what the hay does the Holocaust have to do with the second half of her trip to San Francisco? Nothing, really. But when I was thinking about this post I somehow linked my fascination with the Holocaust to the interest I had for visiting Alcatraz and learning the history. Okay wow, now that it’s all typed out I am definitely going to be follower-less by the end of the day. There has been a mental disconnect, guys. SORRY.

MORAL OF THE STORY: I’m a history nerd. 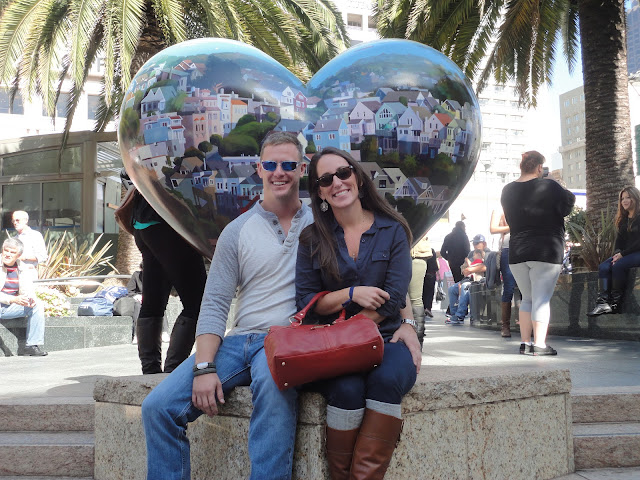 Let’s go back to the part of San Francisco having more people in town than usual this weekend because of the Air Show, Fleet Week, and America’s Cup. Throw Christopher Columbus in there and you’ve got more ships, planes, and parades than you know what to do with. Instead of taking our Sunday and visiting Golden Gate Park in the car we had rented, we took the opportunity to take a bus tour. I know what you’re thinking—BUS TOUR. Those words together bring visuals of old people in fanny packs to mind. Nope, not this one. It was a modified school bus that had the top cut off. Pretty sweet. On the way to the GGB, we saw where Mrs. Doubtfire was filmed, the town of Sausalito, and had some pretty fantastic views of the (cloudy) city. Truth be told, my dogs were barking and the bus tour was exactly what I needed. If I had to walk up one more hill, I wasn’t going to be a happy camper.

That night, we had plans for the night tour of Alcatraz. I think it was the most anticipated part of my trip. Weird, I know. I’ll let the pictures do the talking. Needless to say, we had a great time. 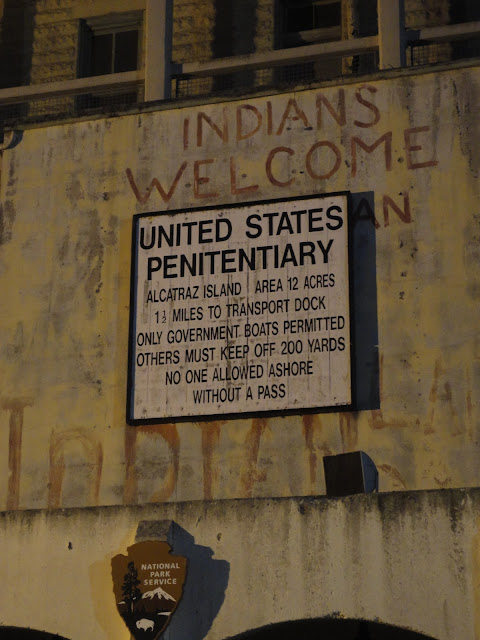 Dane had to leave really early the next morning on a flight back to Honolulu, so to ease my pain–my parents did what any rational person would do. They took me to some wineries in Napa Valley.

HAY GIRL, COME GET YOUR WINE ON! It was everything you’d expect Napa to be–sunny, beautiful, and expensive.

Unfortunately, Tuesday was the all-call back to Pennsylvania, so I packed up my shiz and got on a plane. Only it didn’t go that smoothly. Apparently the fog hanging over San Fran was especially bad, so my flight out of CA got delayed. Which gave me 5 minutes to grab my connector in Dulles once I was back on the East Coast. I looked like something out of Swamp People when I finally made it to my connecting concourse and gate. And then when they told me the doors were shut and they would not be offering me a refund–I all but had a Toddlers and Tiaras meltdown right then and there. Thankfully, I think they realized this and let me on the plane, but not before charging me extra money for my carry-on since they had already performed their weight checks. Whatever, just put me on the damn plane.

Cheers, San Francisco! I’ll see you when you install a subway system to cart me up those hills.