Whew! What a week it’s been…between Josh Duggar, Ashley Madison and Jared the Subway guy, I hardly know where to start!
Let’s dive right in, because I’ve got a lot on my mind.
1. We’ll start with the Ashley Madison leak. For anyone who doesn’t know, Ashley Madison was a website that facilitated married people finding affairs. #stayclassy
In any case, a wise hacker got to their goods and released thousands of names of people who had registered. The real kicker here is that many, many people got up in arms about the breach — to which I say…let them eat cake. All of them. I’d much rather find out I was married to a cheater, leave their sorry ass and move on than live a lie. Maybe some disagree, but come the hell on…
2. Which brings me to my next topic of conversation — the one and only Josh Duggar. Some may know him from TLC’s 19 Kids and Counting, others may know him as the brother who inappropriately touched his sisters and this week he added two new resume items — sex addict and Ashley Madison facilitated adulterer. If anyone was wondering, his Ashley Madison profile included that he liked women with natural breasts, experimenting with sex toys and bubble baths for 2. I’ll just stop there… 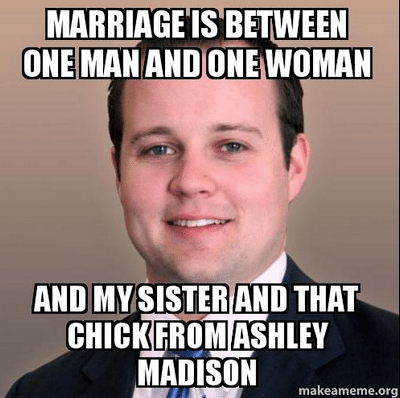 3. Up next we have Jared Fogle, otherwise known as Jared the Subway man. You know, the guy who lost half his body weight chowing down sandwiches. Except I don’t think they serve Subway in jail, which is exactly where I hope this scumbag goes. This week it was released that he plans to plead guilty to child pornography charges.
Who are these people that the media glorifies?! It makes me sick…
Let’s end on two positive notes!
4. I made the most delicious spaghetti squash carbonara last night. The very best part? How easy it was! I baked my spaghetti squash, fried up some bacon and onions, tossed in homemade cream, some peas and shredded cheese and VOILA! I know it was a true winner, because Dane and I finished the whole pan! #yum 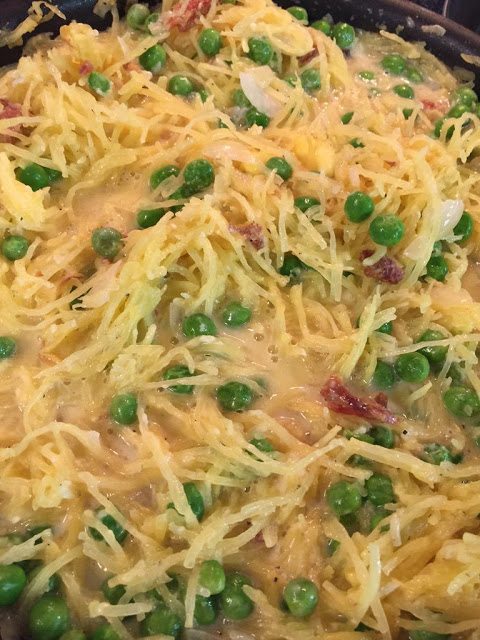 5. This Sunday marks one year since the most special day of my life — our wedding! How lucky am I to be married to a guy who loves me just the way I am–flaws and all!?
I posted this on Instagram earlier this week (it’s a snippet of my vows) and I mean every single word. Dane, I love you more each and every single days. Cheers to the next 100 years, my love. 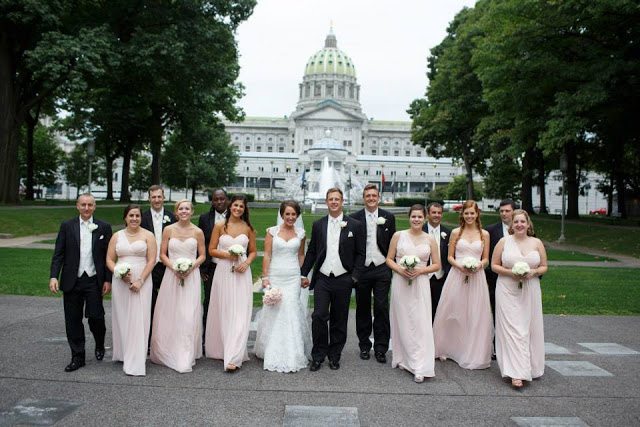 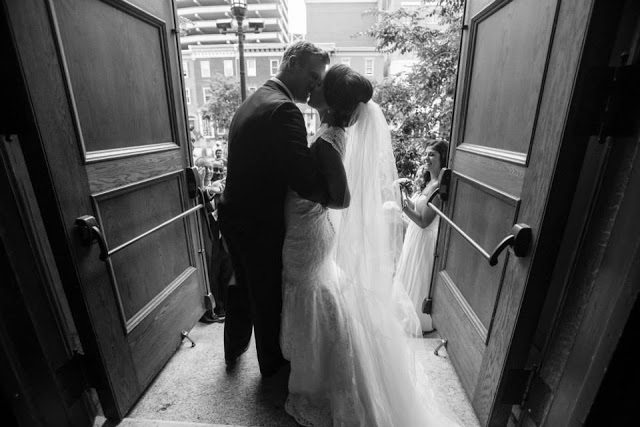 To celebrate, we are having a picnic and enjoying a three day weekend together 🙂
Have a fantastic weekend, everyone!
Linking up with Five on Friday