For anyone who has ever lived on an island, you know that the term “island fever” is a real thing. A very real thing! One of the only downsides to living in the middle of the Pacific is the lack of road trip possibilities. Our idea of a road trip out here is to jaunt off to another island for the weekend! Not bad at all, except that for a long time, one major airline has monopolized the air traffic between many of the islands. Their “affordable fares” were made available for a short time, only for the prices to sky rocket when those fares were sold out. Locals of the islands were getting the short end of the stick in more ways than one. 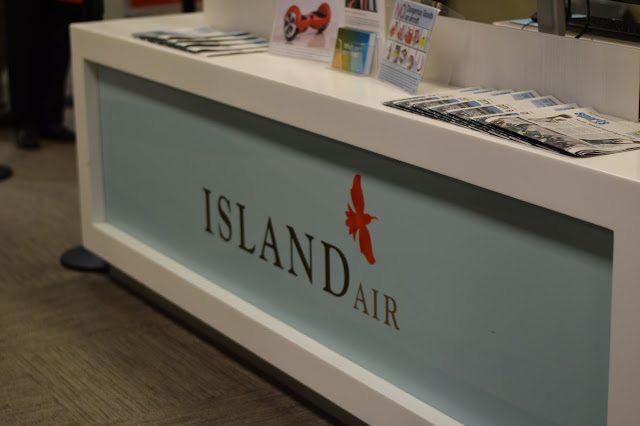 Enter: Island Air
Island Air is an affordable airline that caters to locals and visitors alike, making the entire chain of Hawaiian Islands accessible! On Tuesday, March 15th, I was happy to board the inaugural trip to Lihue airport on Kauai from Honolulu. 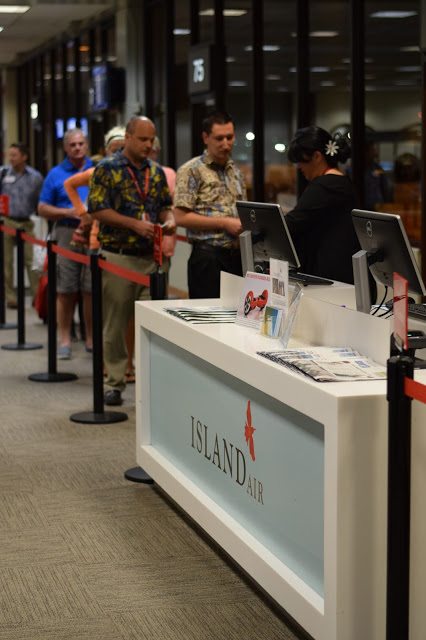 Upon landing, we were greeted with a big round of applause and some of the most beautiful leis I’ve ever seen! 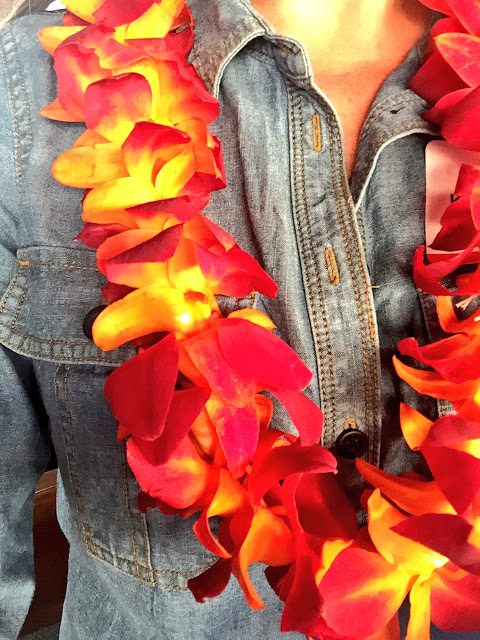 A group of local children were also performing traditional Hawaiian dances with a live music trio. They were so good! I loved watching their colorful outfits move with the music and with each movement, the fruity smell of fresh flowers from their leis wafted over us. 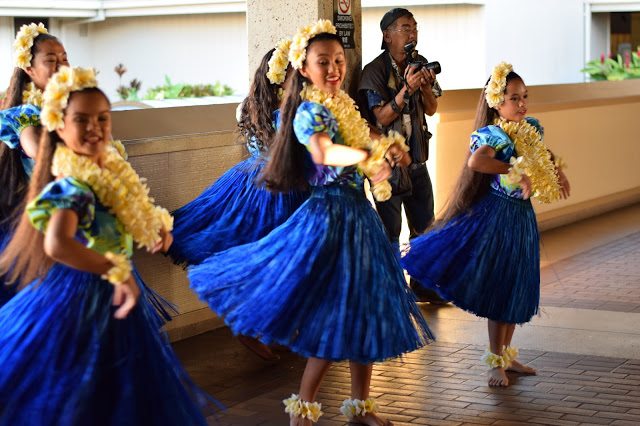 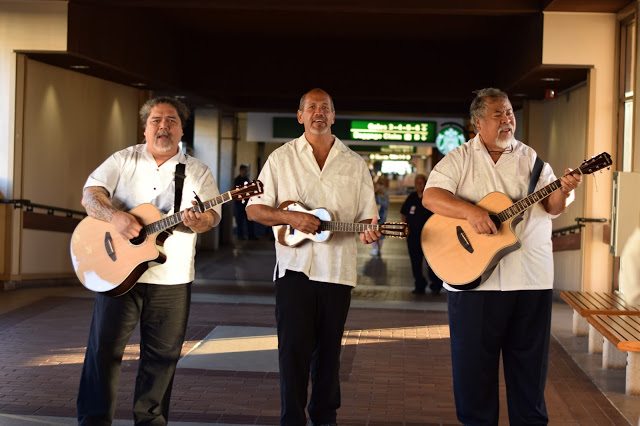 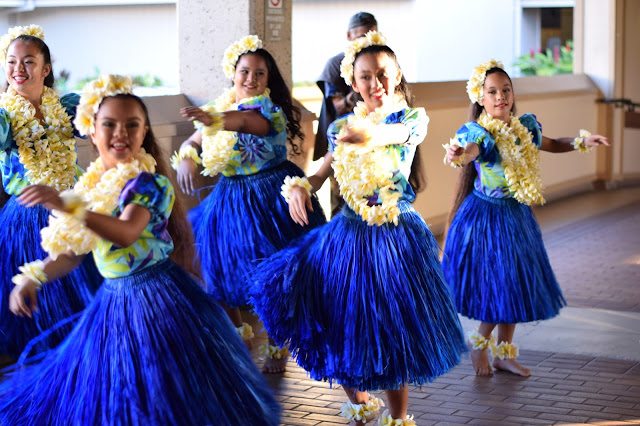 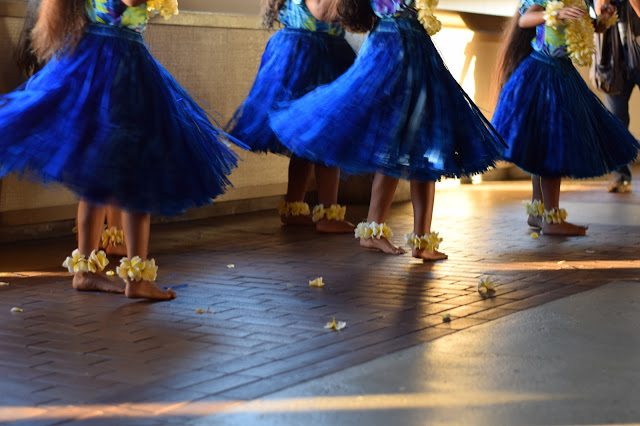 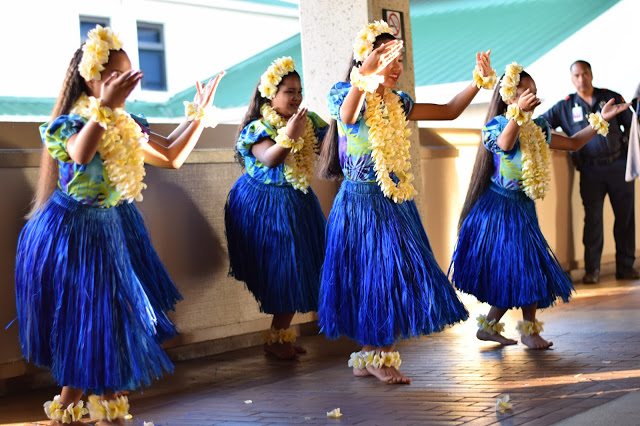 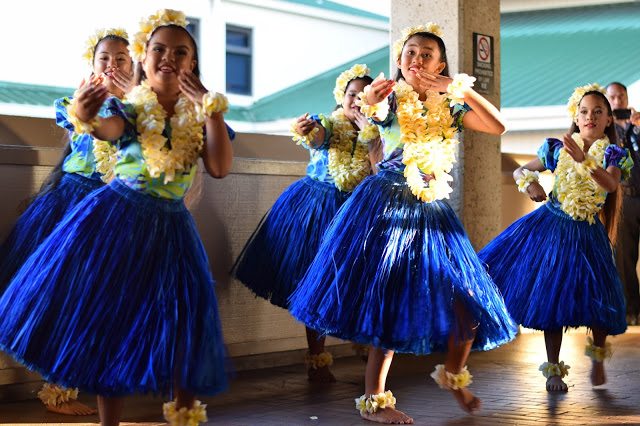 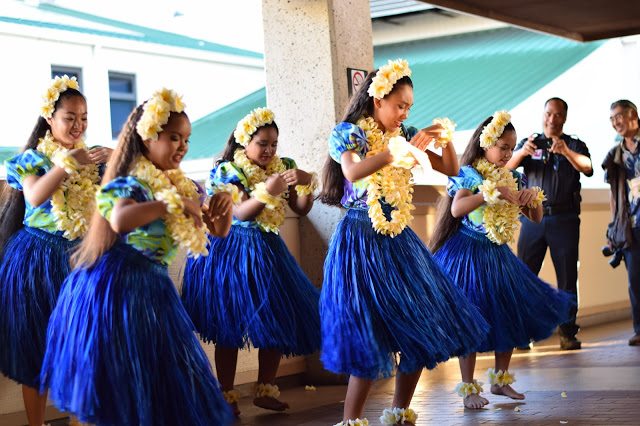 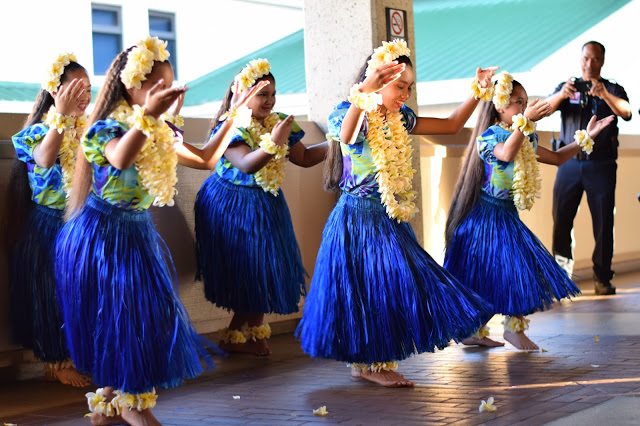 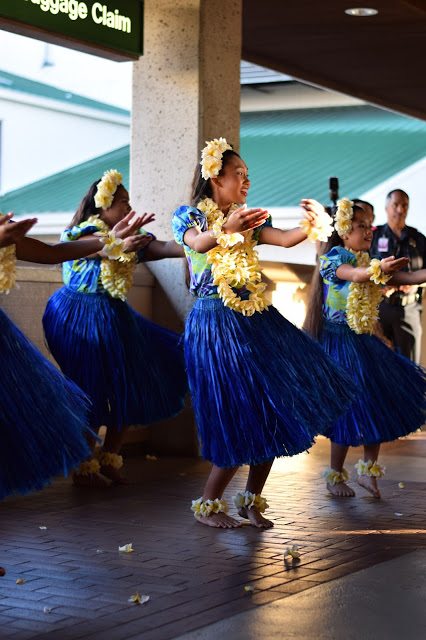 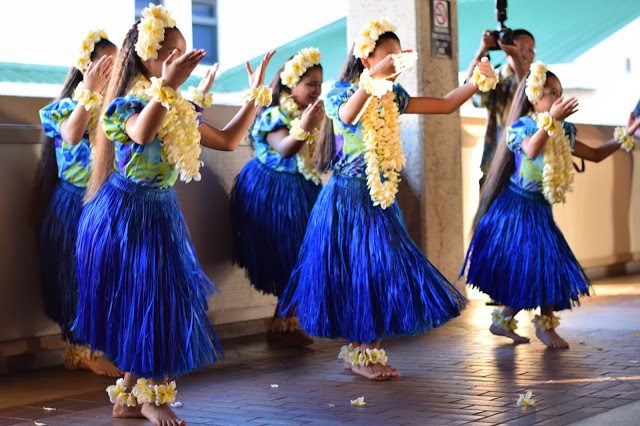 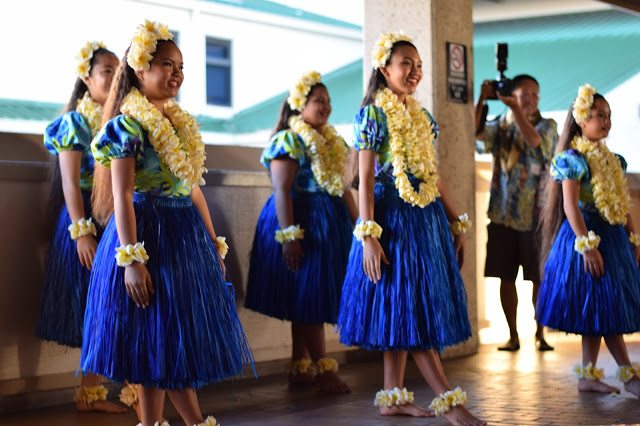 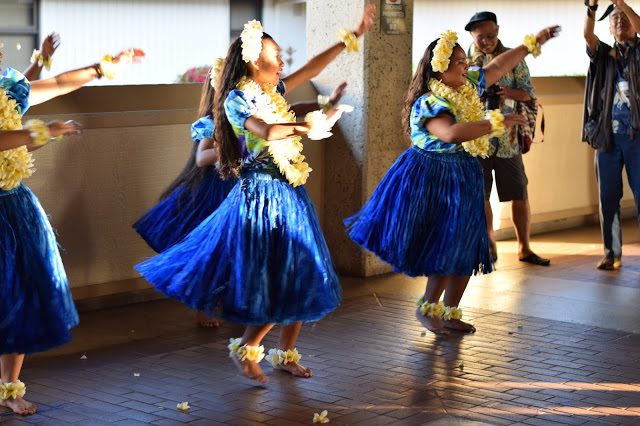 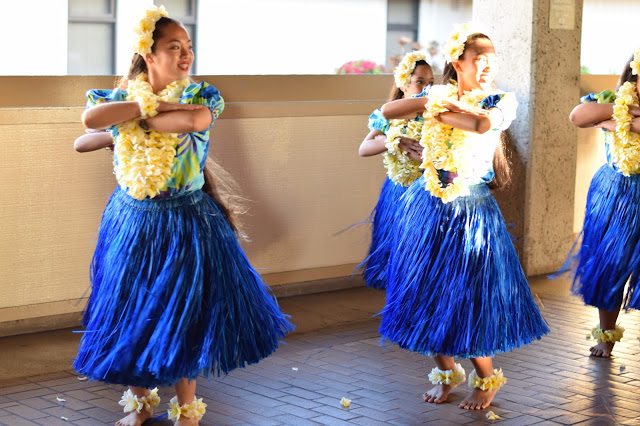 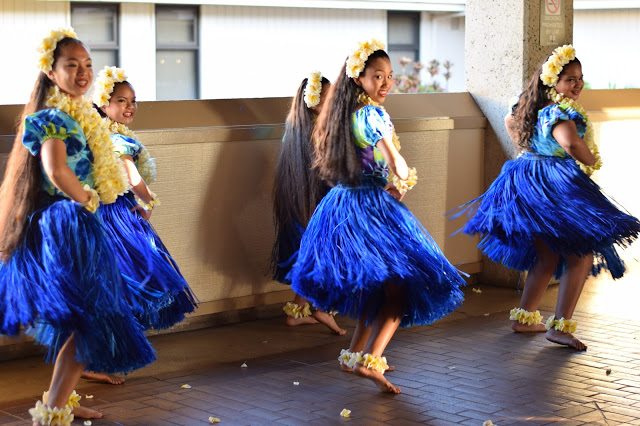 Clearly, I really loved them. I think I have about 50 more photos just like this on my camera, but I’ll save you 😉 Take my word for it when I say that they have more rhythm in their pinky toe than I have in my entire body.
We moved on to a reception with the CEO of Island Air and a yummy breakfast of every type of roll you can imagine. 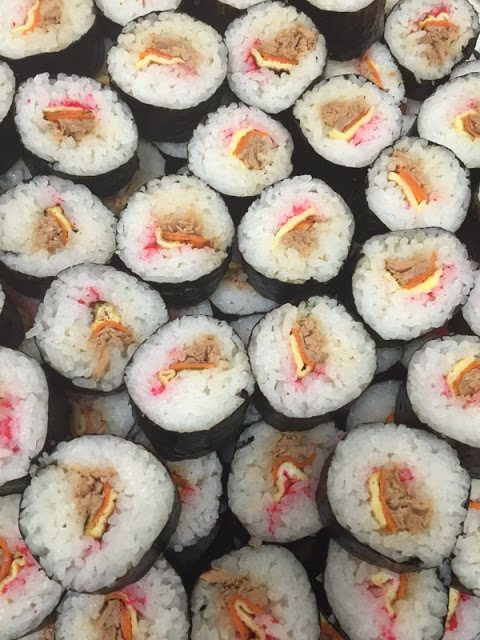 There was more singing, more dancing and lots of aloha that followed. 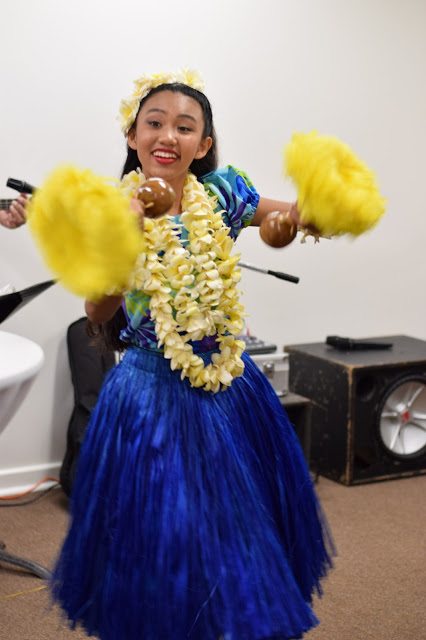 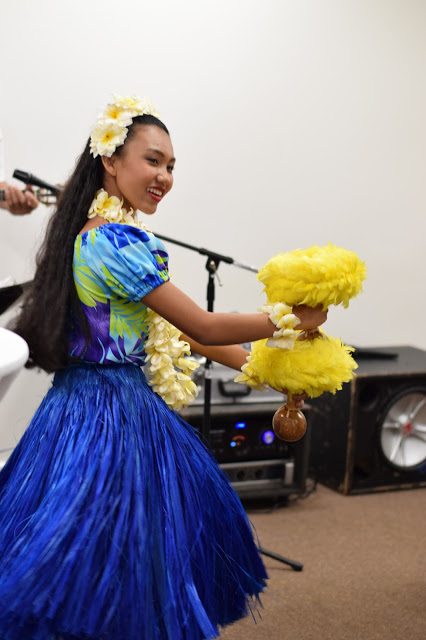 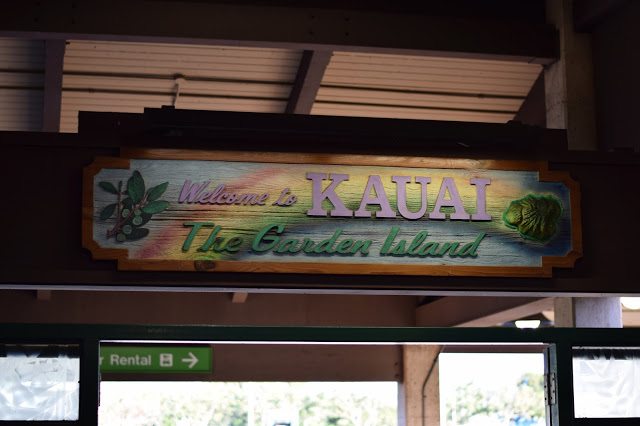 All too soon, it was time to pack up and head back to Oahu. 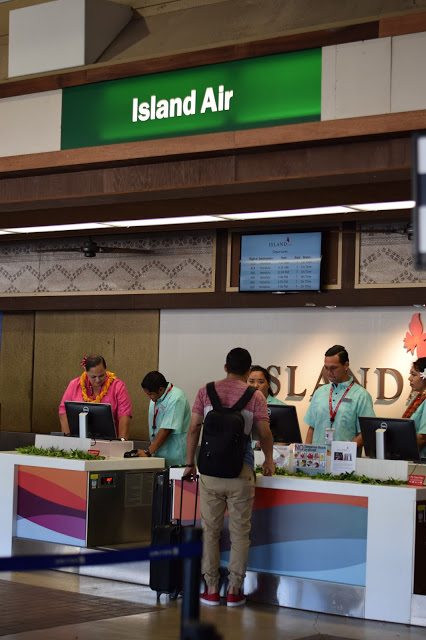 Thankfully, Dane and I are heading on an adventure to Kauai this weekend aboard Island Air 🙂
Be sure to follow along on Instagram & Twitter for live updates! 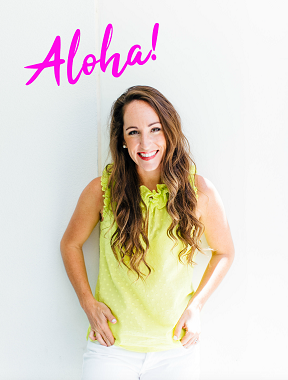